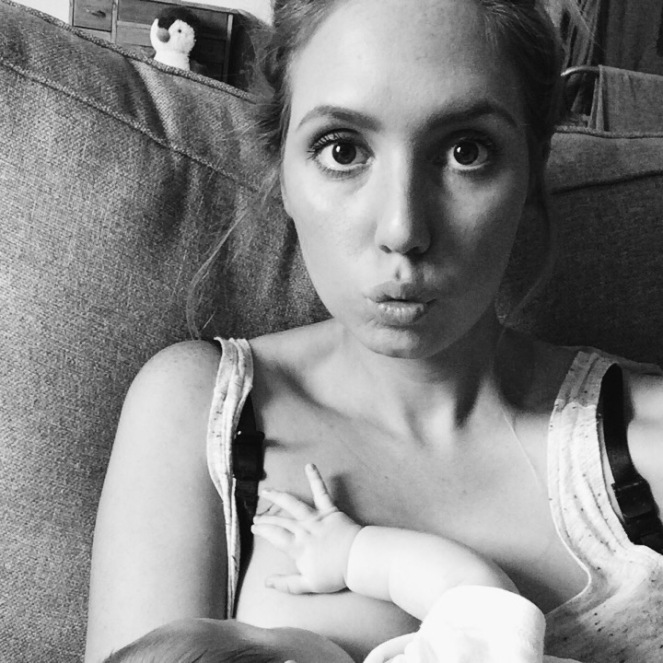 Well before I became pregnant I knew I wanted to breastfeed once the day eventually came around, but there is so much opinion surrounding the subject that I can understand how it may be easy to be put off. Every now and again I come across a story in the news about how a mother was made to feel embarrassed and inferior for breastfeeding in public, however in an age where social media is a way of life, celebrities like Tamara Ecclestone, Blake Lively and Doutzen Kroes are taking to Instagram to show off their sickeningly perfect ‘brelfie’s’, and it almost feels fashionable to give your baby the boob in 2015. Whether or not you plan on breastfeeding your little one (and there is no right or wrong answer), if you are even considering doing it then it’s worth reading my tips as they might just inspire you to give it a go. For those of you who are like me and are already super keen, here’s a little something to prepare you for what is to come: 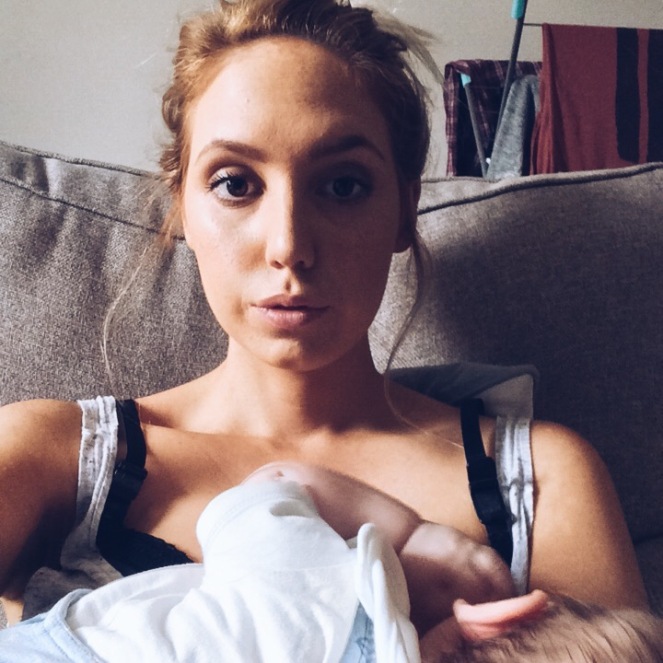 I believe this is the complete key to success. No matter what you come up against during the whole process, if you really want to breastfeed then you will be able to do it, I promise. There are only a few cases when a mother physically can’t breastfeed for medical reasons, so as long as you believe in yourself and you are passionate about doing it, all will work out in the end. There were numerous times when I struggled and talked about giving up, but really wanting to do it is what kept me going.

2. Don’t expect it to happen straight away.

I mean, it might….but it also might not, and that’s OK too. In the run up to Dexter’s birth I did slightly worry that it wouldn’t happen for me, and that for one reason or another it just wouldn’t ‘work’. Breastfeeding is a two-way thing that both you and your baby have to LEARN, so when things were difficult and uncertain in the first 24 hours or so it was down to both Dexter and I to make it happen, and looking back we were both doing our best, bless us. For my part I put the short-lived struggle down to my preconceived ideas and concerns as well as the overwhelming ordeal that is childbirth; it’s all totally new and scary and huge and you’re holding such high and specific expectations on yourself, and as much as you don’t always like to admit it, you are only human.

That’s what everyone is there for. Your midwives and subsequently your Health Visitor are there to offer any advice no matter what it is, and even when I felt everything was going great I still made sure I bombarded them with questions at every opportunity I got. You can never ask enough and there’s no such thing as a stupid question. If you’re still dead set on feeding your baba yourself but don’t have the confidence or are still coming up against difficulties, your health visitor may be able to put you in touch with a lactation expert who can work with you to get you to where you want to be. Perseverance is everything.

This one is important. All the professionals (and they are seriously great) will tell you exactly how you should feed, from the position you hold your baby in to the very specific technique to get them to latch on. The rigid ‘rules’ are what really didn’t work for me and I could not get Dexter to latch on in the way that they were telling me he should (by supporting his neck rather than his head and letting him tip it backwards before bringing him in to the boob). The technique is there so that your baby latches on in the correct and most efficient way, so obviously achieving this is ideal, but despite doing it my own way Dex has been thriving from the very beginning, so sometimes it is true that mother knows best.

Just like anything in this world, practice makes perfect. Once you have got the hang of it (for me this was probably after a few days initially) it really ain’t all that hard. And then just like magic you go from strength to strength and wonder why you were ever so worried.

6. There’s no shame in changing your path.

If you’ve given it a good shot but you’re feeling stressed or unhappy as a result, then don’t feel guilty about switching to formula. Your baby senses everything you feel and just wants their Mumma to be happy, therefore a happy you equals a happy mini you. We can listen to all the people in the world telling us that breast is best, but if it’s getting you down then that’s really not the case. Again, trust your instincts.

7. Going public isn’t as scary as it looks.

For a good few weeks I avoided feeding in public at all. I would avoid leaving the house during the times that I thought Dexter would want food, and my back up would be my expressed milk if really necessary. The first time I did feed in public I was with my best friend in a busy restaurant, right in the middle of the room with nowhere to hide and was wearing THE worst outfit for breastfeeding ever. Dex began crying a lot and at first I told myself I could calm him, but my maternal instinct kicked in and cancelled out any feeling of embarrassment or consciousness in an instant. I was shaking like mad (it definitely wasn’t the best experience for my poor baba), and I think I flashed the whole restaurant my post baby mummy tummy, but I did it, and I felt kind of proud. I’d been planning on breastfeeding since forever, so what did I expect? From then on I told myself I would be more prepared; feeding friendly outfits at all times and a cover up for extra confidence.

As much as I absolutely love feeding Dexter myself, there are times (like during those very regular growth spurts) where it feels a little draining and you wish you could have a bit of a break. Don’t feel bad for feeling that way; I did and there is absolutely no point, and everyone around you will remind you that you’re amazing and you deserve a break. I got this electric pump so that Mr B and my Mum etc could get a chance at feeding him and give me a rest too. There is also that thing about needing to go somewhere sans baba for longer than 2 hours, or even having a small glass of wine one evening and not having to worry that you would be passing any over to baby as you can express in advance.

Even at 3AM when I can barely function I still feel massively blessed that I get to share those moments with my baby and I’m able to be the one person who gives him his cute, chubby cankles and Michelin Man tyres; I’m his lifeline. In those calm, quiet moments I feel so unbelievably close to him and I can honestly say I will miss it when we do eventually move on.

I’ll be posting a few things on breastfeeding as I go along as I think there is so much to say on the subject and it is very close to my heart. I hope this helps anyone who has any worries re the subject.

2 thoughts on “Let Me Take a Brelfie”